In Australia we kill 100,000 babies in the womb every year

Yet Australia is one of the wealthiest nations in the world. The Australian charity White Ribbon Australia claims to work to prevent violence against females but aren’t half of all unborn babies females?

“Also in your skirts is found the blood of the souls of the poor innocents…” (Jeremiah 2:34) 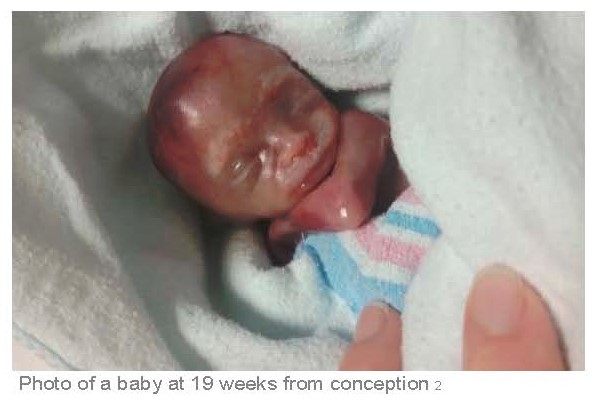 When a national government stands by and either condones this or ignores the plight of the innocent then that nation will eventually fall. This is what happened to the Roman Empire. That culture developed to cast off their unwanted children (particularly girls) allowing them to perish on the city walls by leaving them to the beasts and the environment. They even developed abortion techniques by chemical means. Nowadays the same practices are rampant in the western World. In regards to what would seem to be the practice of protecting women and girls against violence it now seems the very charity that claims to do so also supports the legalisation of killing babies in the womb.

The heavily tax payer funded White Ribbon Australia wants to “end men’s violence against women and girls” but at the same time supports the legalising of killing babies in the womb (known as ‘abortion’) – potentially up to birth – of which 50% are female.

Bearing in mind that many of the babies who survive the abortion – every year in Australia, are left painfully struggling, gasping for breath, until they die.

Yet this is what White Ribbon Australia supports when it states publicly: ‘Abortion should not be within the Qld criminal code’, ‘A woman’s right to choose is a fundamental human right’, and similar euphemistic rhetoric.

Those, like White Ribbon Australia, who try to avert our gaze from the brutal reality of abortion, and convince themselves and others that this practice belongs to a ‘woman’s right to choose’, are deluding themselves. Especially when, in the same breath, they go on about men being violent toward women. Ha! What hypocrites!

Get the full story from their Media Release.

How can you claim that an unborn baby is not a human for the purposes of justifying abortion on demand, yet at the same time health authorities warn smokers of the dangers of harming “unborn babies”? Doesn’t that seem to be a case of semantic sleight of hand?

The true message of Christianity is to protect those defenceless innocent ones, and to reward those who suffer in His name. Abortion by any name is murder and cannot be justified regardless of the alleged circumstances.

Dr John G. Hartnett is an Australian physicist and cosmologist, and a Christian with a biblical creationist worldview. He received a B.Sc. (Hons) and Ph.D. (with distinction) in Physics from The University of Western Australia, W.A., Australia. He was an Australian Research Council (ARC) Discovery Outstanding Researcher Award (DORA) fellow at the University of Adelaide, with rank of Associate Professor. Now he is retired. He has published more than 200 papers in scientific journals, book chapters and conference proceedings.
View all posts by John Gideon Hartnett →
This entry was posted in Biblical doctrines, Christianity and tagged abortion, All Lives Equal, unborn babies, White Ribbon. Bookmark the permalink.
%d bloggers like this: